In the afternoon on November 15, 2019, the panel on existing disputes in China’s fund industry and the use of alternative dispute resolution (ADR), led by the Asset Management Association of China (the Association), was held at Beijing Fund Town. Lei Hong, Chairman of the Association, Jiafu Hu, Vice-Chairman of the Association, Yan Ma, Vice-Director of the Department of Justice of Beijing, Chunying Liao, Vice-President of Beijing’s Second Intermediate People's Court, and Yuhong Lou, Acting President of the District People’s Court of Fangshan attended the panel. Members from the China Securities Regulatory Commission, arbitration institutions, mediation institutions, law firms, universities, industry bodies and Beijing Fund Town also attended the panel. Beijing Fund Town’s People’s Fund-Related Dispute Mediation Committee (the Mediation Committee), China’s first mediation committee that specialises in disputes in the fund industry, was inaugurated at the panel.

The Mediation Committee abides by the principles of independence, voluntary participation, fairness, accessibility, effectiveness and professionalism. Under the guidance of relevant authorities, the Mediation Committee aims to resolve fund-related disputes efficiently and economically. The establishment of the Mediation Committee is an act that neutralises the risk of disputes in the fund industry, which are high in speciality, magnitude and difficulty. In his opening speech, Chairman Lei Hong pointed out that the establishment of the Mediation Committee is an experiment and an exploration of ADR and is a move to further improve the social governance system. It responds to the national government’s call for the advancement of ADR and the resolution of a dispute prior to a lawsuit. Up until the end of October 2019, the amount of money managed by private equity funds has reached 13.69 trillion RMB, approaching the amount managed by public equity funds. Private equity funds offer supports to the development of entity economy and transfer capital to corporates. However, due to the current deficiency in fund-related laws and regulations, the Association had encountered some hardship at its earlier stage. As a result, what has accompanied the prosperous development of private equity funds is the risk that some funds will become disorganised. In order to reduce the risk, Chairman Lei Hong discussed three potential solutions. Firstly, it is important to fill the gap in the current laws regulating the fund industry. He suggested that the legislature could adopt a broader definition of “securities” in the Securities Law to cover collective investment schemes and debt financing instruments. Meanwhile, the legislature could also introduce rules that specifically target private equity funds to supplement the current Law on Securities Investment Fund. Secondly, focusing on the typical features and risks of private equity funds, the Association needs to clearly identify its role as the regulator. Since the Association is self-regulatory, flexible, active and monitors the market closely, it could work with relevant administrative and legal departments to reduce the emerging risk in the fund industry. The Supreme People’s Court of China has recently published its latest Minutes of the Workshop on Trials of Civil and Commercial Cases. This key document has reaffirmed the importance of the self-regulatory rule governing the sale of securities investment funds, which laid down by the Association. It has also reinforced the idea that sellers must fulfil their duty of care and buyers must bear the responsibility. Thirdly, for the purpose of protecting investors’ legal rights, Chairman Lei Hong recommended the utilisation of ADR to maximise the benefits of different legal institutions like mediation committees, arbitration institutions and the court.

Vice-Director Yan Ma addressed the significance of the implementation of ADR to the audience. She said to attending legal institutions that we should learn from the “Fengqiao Experience” to resolve disputes at their early stage and prevent them from escalating.

The guests also discussed the difficulties and issues associated with dispute resolution in the fund industry. They shared their experience exploring ADR and offered their advice. Representatives from arbitration institutions expressed that arbitration and mediation both help to reduce the pressure for courts and provide high-quality service to resolve disputes. They are looking forward to more collaboration with arbitration institutions like the Mediation Committee. Industry bodies acknowledged the credibility and important role played by third-party organisations, such as the Association, in mediation. They also recommended that in the future practice of mediation, mediation institutions could help fund managers to reach an agreement with the seller before communicating with investors. Representatives from law firms expressed that mediation needs to be more professional, international and convenient. Scholars at the panel reaffirmed the importance of the contract spirit and suggested that mediation organisations should cultivate the culture of trusteeship. 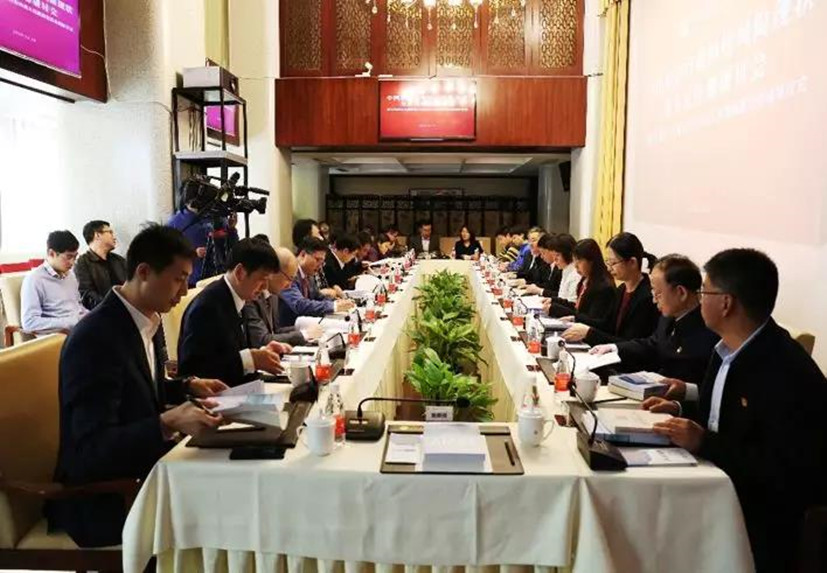